So hi, people. Well, today’s me and bros’s birthday and we’re giving gifts instead receiving them 😀

Lately, we was been trying some new animation techniques by ourselves but we don’t want just to make simple tests but to make good things while researching. Here, we have a flash loop that many of our deviant friends already know and we want to share it with all of you too:

Likewise, this is a short we started time ago and now is finished. While watching youtube, we realized that people like to see some animated scenes of "My Little Human" (Human versions of MLP).This is the scene when Twilight Sparkle and Spike meets Pinkie Pie, whit an swap from ponies to human versions. Is just a short with some scenes. Hope you like it:

Those are a few samples of what we're doing and now we want to make a more long animation based on the song Equestria Girls. We like the HUB promo but will be fun to do a video more California Girls parody with the Pinkie Equestrian song.

For now there are just raw ideas and we're deciding if making it MLP or MLH version. Here are the designs of both Pinkie versions so you can say: 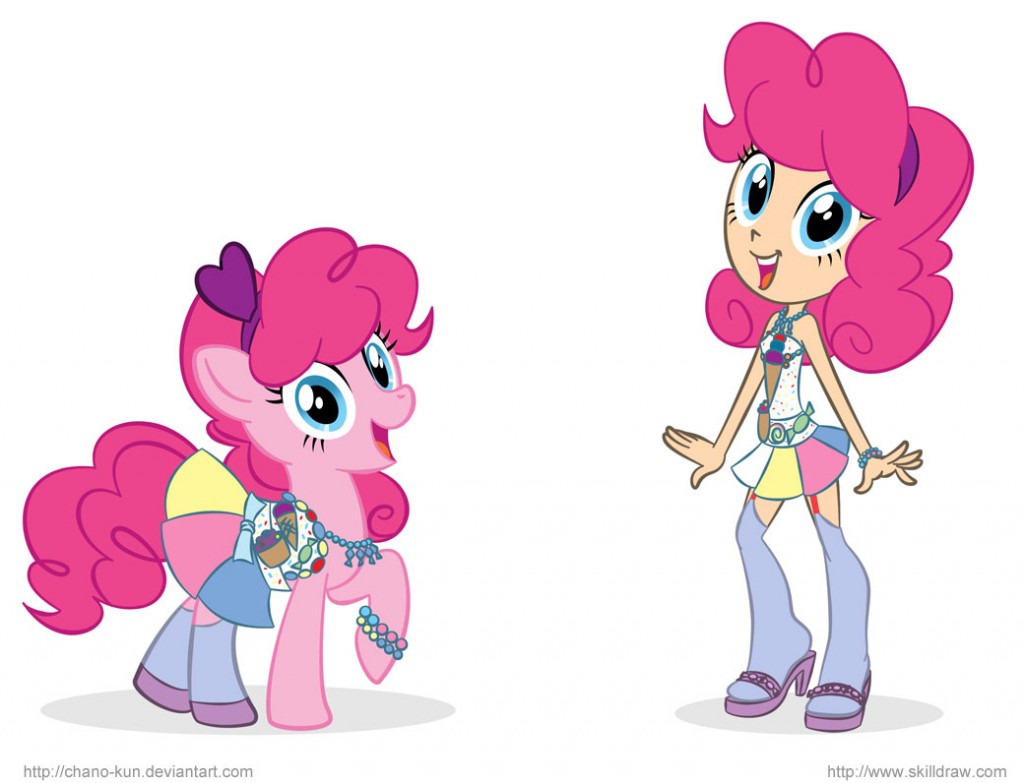 So, tell us what do you think. If you like the idea we can make a pool to help ourselves to decide about the versions and, of course, we will be encouraged to do that 🙂